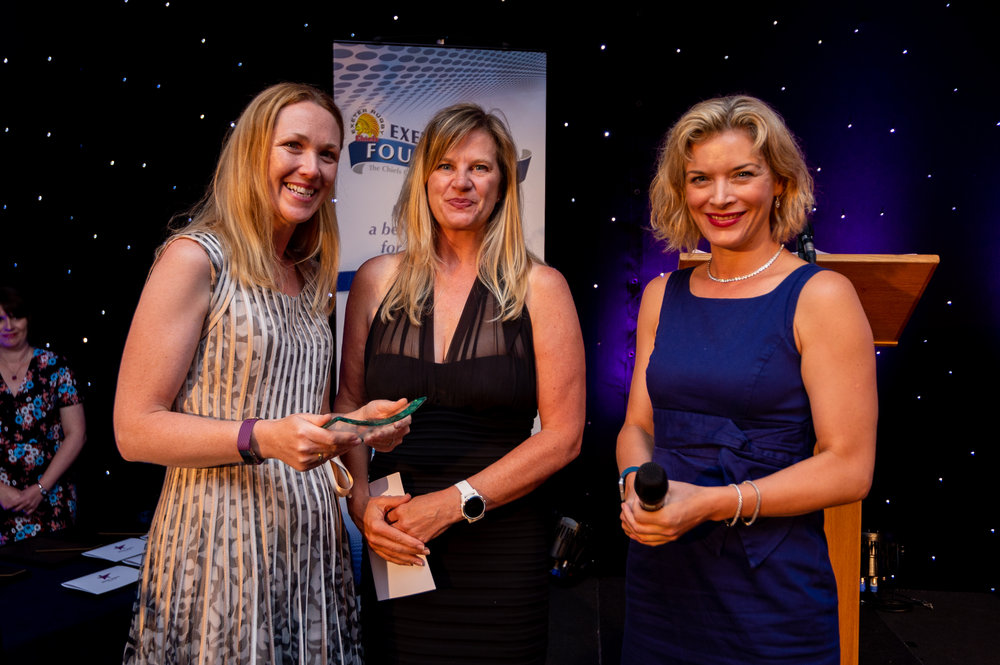 Congratulations to Charlotte Gill, a physiotherapist in the Community Crisis Response team, Livewell Southwest, who won an award at the Devon Sports Awards for her outstanding efforts as a wellbeing champion.Charlotte was nominated for the Workplace Activity Champion award by Nita Dodd, Wellbeing Champion Lead, to celebrate Charlotte’s continued efforts and achievements in getting her team to look after their wellbeing.

Thanks to support from manager Sarah Prideaux, Charlotte’s team have embraced her ideas which have included the step and swim challenges and other campaigns around healthy eating.

Charlotte picked up her award at the Devon Sports Awards which took place at Sandy Park in Exeter on Thursday, 11 July.

The awards celebrate community sporting heroes and heroines from across Devon who help to keep those around them active or enjoy sports at a grass-roots level.

The evening was sponsored by the Exeter Chiefs Foundation and Active Devon in partnership with Exeter College.

Jenny Walrond from BBC Spotlight was compere for the evening with guest speakers including Rob Baxter from the Exeter Chiefs and Kate Salmon from Row for the Ocean.

Charlotte said she was delighted to win the award and was extremely proud and passionate about her role as a wellbeing champion.

Nita added: “A huge congratulations to Charlotte for winning her award which was well deserved. Charlotte is a fantastic role-model for other wellbeing champions. In her team, there is a real emphasis on establishing wellbeing in the workplace, which has even been integrated into team meetings as a regular agenda item!

“We’re so grateful to Charlotte for all she does and to her team for being so supportive of the Wellbeing at Work scheme within Livewell Southwest.”